If it wasn’t clear before, the pandemic has brought into sharp focus the critical role Wi-Fi plays in our work, play, and overall lives. Over the last year, we’ve seen how Wi-Fi, like many other technologies, can rise, adapt, and evolve to meet new and unforeseen connectivity challenges. This story is ready for its next chapter with Wi-Fi 7, and Qualcomm Technologies is focused on not only helping define the features that will bring the extreme speeds and capacity we’re used to seeing with each new generation of Wi-Fi, but also adding major enhancements to significantly improve low-latency performance. The combination of latency, speed, and capacity improvements in Wi-Fi 7 will be at the heart of the most advanced use cases in XR, Metaverse, social gaming, edge compute, and more.

During the last 20 years, I’ve helped develop programs with the Wi-Fi Alliance (WFA) and served on the WFA Board of Directors. I’ve been privileged to contribute to industry efforts in developing Wi-Fi standards and bringing them to fruition. From that vantage point, I am excited to discuss what Wi-Fi 7 has to offer, as its new and innovative approaches arrive at exactly the right time to meet the surging Wi-Fi requirements across today and tomorrow’s use cases.

Wi-Fi plays a central role in our lives and economies, and that role in our society is only growing. It is a critical resource for consumers and enterprises alike. The analyst firm IDC forecasts more than 2 billion Wi-Fi 6 device shipments by the end of 2021 – over 50% of all Wi-Fi shipments – and that number will grow to 5.2 billion devices by 2025. Explosive growth like this has many drivers, but it’s important to note that Wi-Fi technology has continued to evolve in ways that directly align to increasing demand. For example, Wi-Fi 6 introduced multi-user features to improve Wi-Fi performance in densely populated networks and Wi-Fi 6E expanded those capabilities into the new 6 GHz spectrum band for more and wider channels to handle higher speed and lower latency demands. Mesh routers, a Qualcomm Technologies product innovation, enabled not only whole home coverage but ensured that high speed access is available where needed. While Wi-Fi 6 and Wi-Fi 6E are quickly approaching mainstream adoption in record time, there is continued need to drive ever higher performance across multiple dimensions.


Wi-Fi 7 brings the next level of performance​

As we’ve discussed before, spectrum is the lifeblood of wireless connectivity. Historically, the expansion of the available spectrum has fueled robust Wi-Fi innovation, from legacy 2.4 GHz, with only three narrow bandwidth channels, to 5 GHz with additional spectrum and wider 160 MHz channels. Today’s new 6 GHz band allocation (with up to 1200 MHz of spectrum in some regions) and increased congestion at 2.4 GHz (due to growing use of Bluetooth and Thread) is driving further change.

Modern high-speed Wi-Fi devices increasingly look to leverage the high bands at 5 and 6 GHz to deliver the required performance. This reality not only guarantees speed and latency, but frees up the 2.4 GHz band for better-suited applications such as IoT and devices operating at the very edge of Wi-Fi networks.

Managing and optimizing the various available spectrum bands is perhaps the signature differentiator for Wi-Fi 7. Wi-Fi 7 brings a multitude of features that can be used to offer extreme speeds, high capacity, and low latency in support of next-generation applications and services. Let’s quickly review those defining features.

Access Points today typically offer support on three channels, one in the 2.4 GHz low band and two in the 5 and 6 GHz high bands, and this will increasingly be the case with Wi-Fi 7. Depending on regional availability, the high band support may be two channels in the 5 GHz band or one in each 5 and 6 GHz band. The multi-link capability of Wi-Fi 7 offers multiple options for a client to use these channels. The most effective approach is to take advantage of the greater capacity, higher peak speeds, and lower congestion of the high bands. The device could alternate between the bands, as seen in Fig. 1. In this scheme, the device uses the first available band for each transfer and can choose either band once the prior transfer completes. This avoids congestion on the links, lowering latency.

Fig. 1 - Alternating Multi-Link, where the device alternates between the available bands to lower latency.

The highest performance option is High Band Simultaneous Multi-Link, as shown in Fig. 2. The device uses each band as it becomes available and can operate on both simultaneously, aggregating throughput across both. As it can operate simultaneously on each band, it is even better at avoiding congestion to lower latency.

Expansion of wide-channel bandwidth for all regions

Wi-Fi 6E introduced a dramatic expansion of wide-channel spectrum use, with multiple 160 MHz channels available in any region where 6 GHz spectrum is allocated. Wi-Fi 7 doubles the possible channel bandwidth to 320 MHz. This doubles the theoretical capacity and significantly improves user data speeds.

Some regions can support three channels of 320 MHz contiguous spectrum, others one, and some none at all. The 5 GHz band doesn’t have a contiguous 320 MHz channel, so only regions supporting 6 GHz can support this contiguous mode. High Band Simultaneous Multi-Link offers wider effective channels by aggregating two available channels. A 320 MHz effective channel can be created by combining two 160 MHz channels in the high bands. In China, High Band Simultaneous Multi-Link enables a 240 MHz effective channel, fulfilling the Extremely High Throughput promise of Wi-Fi 7, even without the availability of 6 GHz spectrum allocation.

Wider channels, even with interference

Incumbent users that occupy a portion, say 20 or 40 MHz, of an otherwise free contiguous channel would traditionally prevent an AP from using this spectrum. Wi-Fi 7 has an innovative solution called “Preamble puncturing,” which blanks the interfered spectrum while still making the contiguous channel possible, as shown in Fig. 2. The overall bandwidth is lowered by the punctured amount but still enables a wider channel than otherwise would be available.

4k QAM and many other performance-enhancing features


Enabling exciting new experiences and use cases with Wi-Fi 7​

Wi-Fi 7, apart from elevating the performance of applications that we use today, will also enable many new experiences. Consider the most advanced Extended Reality (XR) applications, which are extremely latency sensitive to the point where these devices become non-functional unless very low latency metrics are achieved. Immersive, realistic XR experiences require exceptionally high quality video with very high refresh rates that demand very high speeds and bandwidth. Additionally, the network needs the extreme capacity to support a large number of users simultaneously using such applications. Cloud gaming, social gaming, and Metaverse are additional applications that will test the boundaries of wireless technology and for which Wi‑Fi 7 will deliver ample performance.

In enterprise networks, the intelligence and value are moving toward the edge. Edge-cloud is a fundamental component of enterprise digital transformation. With Wi-Fi being the last hop for many enterprise use cases, the low latency and bandwidth that Wi-Fi 7 can provide, even in dense, high-traffic scenarios, will become vital for many business-critical applications. It goes without saying that Wi-Fi 7 is destined to quickly become a prerequisite to support high-traffic use cases like offices, entertainment venues, and others.

Qualcomm Technologies is at the forefront of Wi-Fi evolution, driving the standards and technology to meet the aspirations of the ever-growing customers, devices, applications, and services.

We have a long history of developing path-breaking technologies and bringing them to standardization, be it IEEE or WFA. We have played a key role in almost every major evolutionary step of Wi-Fi. For example, we were instrumental in bringing MIMO and MU-MIMO into 802.11n and 11ac, leaders in introducing OFDMA into Wi-Fi 6 (then known as 11ax), and many others. We are working closely with all the IEEE and WFA members to finalize Wi-Fi 7.

Qualcomm Technologies’ leadership extends further than technology and standards development. By delivering fully implemented features, with additional powerful and unique innovations, across hundreds of devices and networks every year, we ensure users experience the benefits of extreme speed, capacity and consistent low latency improvements more quickly and across broad geographies.
Click to expand... 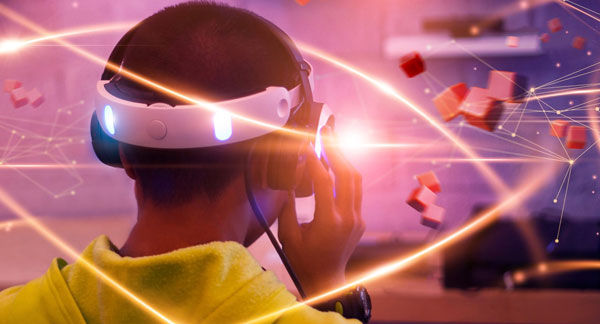 Pushing the limits of Wi-Fi performance with Wi-Fi 7

Over the last year, we’ve seen how Wi-Fi can rise, adapt, and evolve to meet new and unforeseen connectivity challenges. This story is ready for its next chapter with Wi-Fi 7... 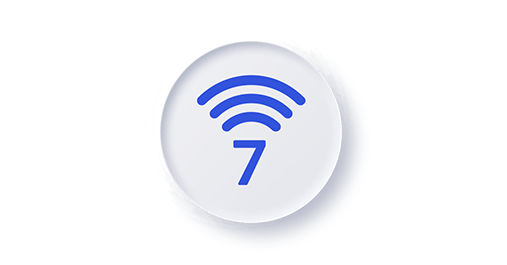 Learn how Qualcomm is contributing to Wi-Fi 7 development. Wi-Fi 7 leads to better performance and higher speeds with more network use for this most popular internet technology. Network and Internet Enable or Disable Wi-Fi in Windows 11