The Windows Subsystem for Linux (WSL) preview is now available in the Microsoft Store as a store application for Windows 11 machines! Installing WSL through the store will allow you to get the latest WSL updates and features faster, and without needing to modify your Windows version. Read on to see how that’s possible and what this means for WSL!


Is this a new version of WSL?​

This is the exact same WSL that you know and love, all that we’ve changed is where it gets installed and updated from. We’ve created this as an initial preview to help ensure quality before making this generally available.

Why would you want to install WSL from the Microsoft Store?​

There are two big reasons to be excited for this change: You can get access to WSL features faster, and you don’t have to worry about changing your Windows version when getting the latest WSL updates.

Traditionally, WSL has been installed as an optional component inside of Windows. This means that you would go to the “Turn Windows Features on or off” dialogue to enable it, requiring you to restart your machine. The actual binaries that make up WSL’s logic in that optional component are part of the Windows image, and are serviced and updated as part of Windows itself.

This change moves those binaries from being part of the Windows image, to instead being part of an application that you install from the Store. This decouples WSL from your Windows version, allowing you to update through the Microsoft Store instead. So now once new features like GUI app support, GPU compute, and Linux file system drive mounting are developed, tested and ready for a release you will get access to it right away on your machine without needing to update your entire Windows OS, or going to Windows Insider preview builds.

We’ve already added in some new features that can be found in this preview such as:
You can find our up to date changelog of improvements here on the WSL docs.

How to install and use WSL in the Microsoft Store​

First make sure you have these pre-requisites:
Click on this link to go the WSL store page and click Install to install WSL, and then you can install a Linux distro of your choice to start using it.

Can I install WSL from the Microsoft Store if I already have WSL installed?​

Yes! If you already have the in-Windows version of WSL installed, then you can install the WSL preview from the Store as well. These are both able to be installed on your machine simultaneously, and you will still have access to all of your exact same WSL distros. The WSL store version will always take precedence, so when it’s installed on your machine then that’s the version of WSL that you’ll be interacting with.

Can I use WSL 1 distros with the Store version?​

Yes you’ll be able to use WSL 1 distros with this as well, but you’ll need to make sure that the “Windows Subsystem for Linux” optional component is enabled. This is because the actual driver that powers WSL 1 distributions is staying inside of that Windows optional component, as it is tightly coupled to the Windows version. Our future goals on the team are to improve WSL 2 distros to be the best WSL experience by addressing some of the areas where users prefer WSL 1 distros, and having the Microsoft Store version of WSL installed will allow you to see those improvements to WSL 2 distros earliest.

What are the future plans for WSL in the Windows image?​

Our goals are to make WSL in the Microsoft Store the best way to install and use WSL, as you’ll be able to get the latest updates fastest through that route, and in the long term we’d like to move WSL users to use the store version. However, in Windows 11 we are still supporting the inbox version of WSL as we keep developing WSL in the store. This means that if you’re using the inbox version you are still supported, and the WSL optional component is still present inside of Windows 11. We are going to be data driven, and will be using your feedback from this preview to help inform us for our future decisions with WSL in the Windows image in upcoming releases.

How do I uninstall WSL from the Microsoft Store and go back to the in Windows version?​

If you have WSL from the Microsoft Store installed, and would like to return back to the in Windows version you can follow these steps:
After completing these steps you’ll be back to using the in-Windows version of WSL

Are there any known issues with this first version?​

Here is the initial list of known issues that exist in this first release of WSL from the Microsoft Store:

Last but not least, with the release of Windows 11 we’d like to highlight some new WSL features that are now generally available:


Send us your feedback!​

For any technical issues please file them on the Microsoft/WSL Github repo. We’d love to hear what you think about this change! You can follow up with WSL team members, or with me on Twitter. Lastly, learn more about WSL, including how to set up common development tools like Git, VS Code, Docker containers, databases, GPU acceleration for machine learning, and more, by visiting the WSL documentation. Thank you WSL fans! 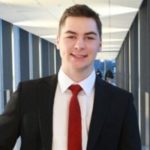 Source: A preview of WSL in the Microsoft Store is now available! The Windows Subsystem for Linux lets developers run a GNU/Linux environment -- including most command-line tools, utilities, and applications -- directly on Windows, unmodified, without the overhead of a traditional virtual machine or dualboot setup. WSL 2 is a new version of the Windows...

i gave this a shot today on my Windows 11 install and it didn't work so well.

It installed via the store, but when you clicked on the Run option, it opened a command prompt window that said "press any key to continue", but pressing any key just echoed that key to the screen and hitting enter, exited out.

Discovered that it had Sorta installed WSL, I was able to run wsl --version, but trying to install a distro with wsl --install Ubuntu, failed saying that required components were missing.

I went to add features and needed to add both the WIndows subsystem for Linux and Virtual Machine Platform in order to successfully install Ubuntu.