IT pros want small updates As a member of the Azure Edge & Platform Fundamentals team, one of the top questions I get when talking with commercial organizations is: what investments are the team making to reduce the size of updates? "Every byte counts"; has been echoed in virtual and in-person discussions. Let's look at some of the feature update improvements we've made in this area for Windows 11, version 22H2, including smaller downloads, reduced disruption, and streamlined language delivery.

With Windows 11, version 22H2, we reduced the download size to each client by redesigning how we handle Microsoft developed apps that ship with Windows. A subset of these "inbox apps"; includes system apps such as Settings and File Explorer. These system apps are updated today via the Windows cumulative update. Other Microsoft inbox apps, however, are updated via the Microsoft Store only. These include Mail, Calendar, Notepad, and others.

To reduce the size downloaded to each client, we redesigned how these inbox, non-system apps are structured in the UUP collection of files. Why? To enable a conditional download during a feature update, acquiring these from Windows Update only if needed. For example, if you have acquired the latest versions of these apps via the Store prior to taking a feature update, it is possible your version of these apps would be newer than what is offered in the feature update. This conditional download was enabled by refactoring how these apps are stored in the UUP media. By refactoring, these apps' versions can be compared with what is currently installed, and conditionally downloaded and installed only if needed.

In our internal, lab-based testing[1] of canonical feature updates, we see the following results when compared against Windows 11, version 21H2:
From diagnostic data[2], we see the following results at the 90th percentile, for canonical feature updates when compared against Windows 11, version 21H2:
You may be wondering about UUP. Starting with Windows 10, version 1709, we introduced the Unified Update Platform. It was an improvement in the underlying Windows update technology that results in smaller download sizes and a more efficient protocol for checking for updates, acquiring, and installing the packages needed, and getting current in one update step. The technology is ‘unified' as it brought together, or unified, the update stack for Windows and Windows Phone. For the latest news on the UUP, see Preview Unified Update Platform for on-premises update management.

When there are fewer steps to perform, it generally results in faster installation. That's another product of redesigning how inbox, non-system apps are modeled in the UUP collection of files. In our internal, lab-based testing of canonical feature updates, we see an offline time (i.e., when the user cannot use the device) reduction of 30% when compared against Windows 11. We estimate we'll see ~21% reduction in offline time when measured at the 95th percentile.

For Windows 11, version 22H2, we've integrated .NET Framework updates into the UUP based feature update. The result is one less reboot required after moving to Windows 11, version 22H2. Why? Well, before this change, a device would install the latest OS feature update via Windows Update. Being UUP-based, it would also include the last cumulative update as well, to let the device get current in one step. However, since .NET Framework is a separate update, it would not automatically get installed. Instead, once the new OS was booted, a separate scan against Windows Update would detect and install the .NET update, unfortunately requiring another reboot.

Editor’s note: The integration of .NET Framework updates with the Windows 11, version 22H2 feature update is coming soon. We will provide updates on the rollout of this feature through the Windows IT Pro Blog.

Windows 11 is localized in 110 languages. All 110 languages have a Local Experience Pack (LXP) counterpart. LXPs are APPX-based and ship via Store and release media. With Windows 11, version 22H2, we've reduced the number of LXPs that ship with Windows. Specifically, based on significant data analysis and evaluations of product adoption, performance, customer feedback, market growth, and other considerations, 22 LXPs were removed based on extremely low usage. To further consolidate, we removed 43 LXPs that ship via language packs. For more information, see Providing a consistent display language in Microsoft 365.

Second, there is ~1GB reduction in the files we publish to Windows Update. Now that doesn't directly help an IT pro today, however, this same saving will be applicable for when UUP files are downloaded into Windows Server Update Services (WSUS) in the near future. UUP integration with WSUS will specifically address significant gaps in our commercial deployment story. It will enable you to get current to the latest security update during upgrades in one reboot, automatically migrate FODs and languages during a feature update, support FOD and language pack acquisition from the WSUS server, bring UUP's OS corruption repair capabilities to WSUS, and enable simplified content management via servicing (instead of media-based w/ task sequences).

In addition to feature update improvements, we have also improved cumulative updates by making them smaller to download, faster to install, and consuming of less disk space. Let's take a look!

With Windows 11, version 21H2, we reduced the size sent to each client over the network for cumulative updates. If you're not familiar with improvements we made, we structured the cumulative update to enable you to request only those files that have changed. This allows the device's servicing stack to request only differentials needed. Why is this significant? For those devices that are current, they will download and process fewer differentials than a device that is one or more months behind on quality and security updates. For example, devices installing the 22000.132 update and starting from build 22000.1, the median download size was 159 MB. For users starting from 22000.120, the median download size was 112 MB. This is a 29% download savings.

For Windows 11, version 22H2, we extended this design to also cover optional content. Specifically, FODs and language packs. In our internal, lab-based testing, we compared a device moving from cumulative update 2021.11B to 2022.06B, before and after our changes. The result is a 12MB or 4.8% reduction for monthly updates.

In addition to smaller updates, IT pros are also interested in faster installation. I've yet to meet someone that wants to go slower! For Windows 11, version 22H2, we've made significant progress on reducing the time required to install a cumulative update. How? Through a collection of low-level performance improvements. I'll highlight two of these.

First, we moved from a single thread to multi-thread hydration of the newly serviced component. If you recall, in Windows 10, version 1809, we introduced a model where reverse and forward differentials can be combined to create a smaller cumulative update package compared to the previous express technology. By applying these reverse and forward differentials in parallel, we've significantly reduced installation time.

In our internal, lab-based testing based on Windows 11, version 21H2 with cumulative update 2021.11B installed, followed by installation of Windows 11, version 21H2 with cumulative update 2022.06B, we see the following results when using the Windows 11, version 22H2 servicing stack:
These performance improvements did not regress the user experience during background installation, keeping you well protected and productive. It is important to note that install time reduction may be different depending on hardware capability, including processor and memory. Also, download time will vary depending on how large the differences are within the cumulative update. In general, the more servicing changes, the greater the reduction.

In Windows 11, version 21H2 the servicing stack keeps a cache of the portions of the cumulative update for later use. For example, when a FOD or language pack is installed, it is installed at the RTM version of the component. This is the same version shipped as part of the language and optional features ISO, once per release. To bring these FOD components current, just after the FOD is installed, the cache is used to locally acquire and apply cumulative updates that apply to the FOD, in the event security or quality updates for the FOD shipped after RTM. However, we learned over time about conditions that led to the cache not being populated or populated but missing cumulative update deltas. For example, offline installation followed by DISM /resetbase. Or uninstalling a FOD and immediately reinstalling would result in a cache miss, requiring acquisition from Windows Update on the next scan. Removing the cache solves these issues.

We are making updates, smaller, faster, and less intrusive, interrupting user less when updates are applied. This is also an incentive to apply updates quicker and, by doing so, reduce Windows endpoint vulnerability to an ever-changing threat landscape. If you have questions, contact me on Tech Community or catch me at the next edition of Windows Office Hours!
Click to expand... 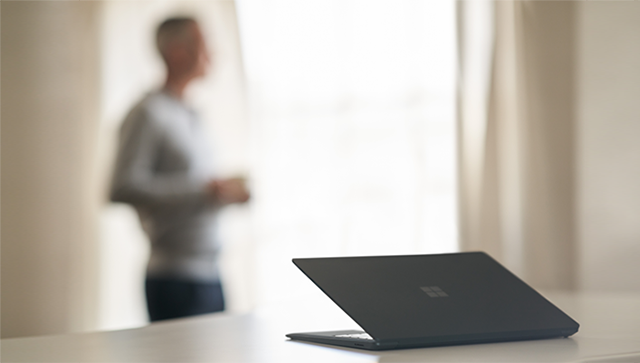 With the release of Windows 11, version 21H2, Microsoft made significant improvements to Windows's strong update foundation. This included a redesigned cumulative update resulting in a 40% reduced package size, reduced download size for those devices more current than others, improved update...
techcommunity.microsoft.com

Article updated by Microsoft on September 28, 2022.